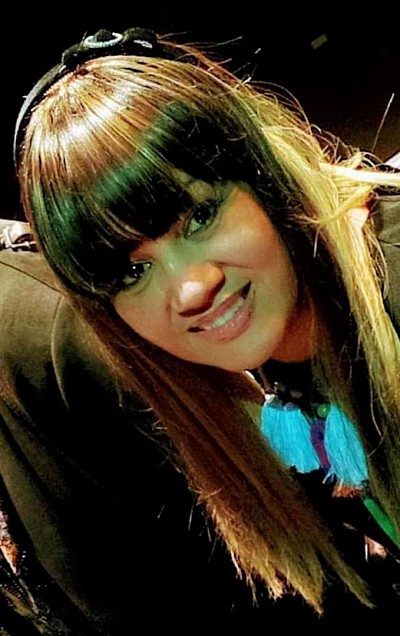 Côte d'Ivoire is a mosaic of cultures that needs to be enhanced. We will rub shoulders with countries undergoing reconstruction with great artistic and craft potential, and other countries which constitute the largest world market. To this end, the painter Khassal Zohra, passionate about African Art, will communicate more to you on La Toile du désert. In partnership with the Ivorian Ministries of Culture and Francophonie, Tourism and Leisure, Art will be highlighted in order to achieve its protective vocation, avant-garde of the values ​​of the people. Algerians, Syrians, Chinese will be on their way. A cultural shock that will lead us to grasp the power of culture over peoples. This exhibition called The Canvas of the Desert will raise awareness against the scourge of illegal immigration in the Mediterranean and will contribute to tourist approaches intended to promote the countries of sub-Saharan Africa.

At the national level, hotels will organize team-buildings, seminars or other days dedicated to companies. Who will participate according to an agenda that will be established at art exhibitions. The painter Kassal Zohra will show companies the merits of having his paintings within them. Companies should understand that everything starts from Art, the inspiration for optimal working conditions. Thus our cultural richness abounds in our attitude to identify what is inherent in our life. It is from there that The Desert Canvas near his paintings, creates the craze for a job well done and installs harmony in a professional setting. As the PAYSAGE platform will relate. Let everyone now soak up the hyphen of their most beautiful LANDSCAPE. It is a great Ivorian initiative that the whole world will discover. To each his window, the hyphen of his most beautiful LANDSCAPE. Let The Desert Canvas be more sublime. From the Levant until dusk, there will be this ray of sunshine that will stay longer than expected each day to beautify The Desert Canvas.

Designed in Sub-Saharan Africa, approaching the African shores of the Mediterranean. To be the beacon that redirects the whole world to the depths of the continent, far from the usual, sometimes dishonorable clichés left by some of his sons near the Mediterranean. The Canvas of the desert is the hyphen of Art which challenges, sensitizes on values ​​which should not be blunted in our spirit. Art will lead us to reconnect with intrinsic links. which we should not part with. It is about our existence and the image that we reflect before the face of the world. In particular La Toile du désert awakens our awareness of the scourge of immigration in the Mediterranean. This continent must have its dreams on its own soil. Africa is not a desert where nothing can be achieved. Yamoussoukro will be the capital of the Desert Web. The first edition of which will take place in Abidjan under the aegis of the Ministry of Culture and Francophonie. With the aim of promoting sub-Saharan Africa through art and tourism. The next edition will probably take place on a Mediterranean shore. Which is a symbol from which The Canvas of the Desert shows the splendor of Africa which starts first from its culture, the acceptance and the valuation of what it is. Which shows that it is not necessary to seek Eldorado on the other side of the Mediterranean. It's about getting rid of stereotypes and presenting the web of the desert that is Africa to the whole world. Even though she comes from sub-Saharan Africa, she returns to her values ​​in the heart of Africa and not in an absolutely one-sided sense of the term. Rather and more in a sense inspired by cultural richness. When Art tries to move away from the stereotypes that plunge people into desolation. Tourism will come to serve and heal the majestic regions of the entire continent, an Eldorado. In this context, the first edition of La Toile du désert will take place. Who will see the participation of Algeria, a French-speaking Mediterranean country; from Côte d'Ivoire, a country in sub-Saharan Africa; Syria, a country at the crossroads; China, the world's largest market. Turning away from the preferred destinations of migrants. To say that everything is built, even from nothing at all, from a desert. By extension, from its peoples of sub-Saharan Africa who would seem unproductive, will be born The Web of the desert, the most sublime in the world. The symbol of everything that will happen after a chaos. Whether war, famine or other calamity. That we know reason to keep and maintain the jewel of life on these beautiful lands. It is a responsibility that falls on all of us. Sometimes it's bigger than picking up the broken pots of life in these regions of the globe.

Let's be worthy people. It is the place to exchange in artistic and tourist partnerships. Where there will be the sale of paintings and other works of art rich in colors and cultures. The various exhibitions in the hotels will also be an opportunity for these guests to share their gastronomic and cultural know-how with their guests. That we want to contemplate Africa. Merge into its rhythms and unforgettable moments. Who will be useful to this symbolic desert which it seems would have occupied all of Africa. The Desert Canvas, an air that will enchant other shores that were less observant of Africa, will produce the opposite direction and come to discover Africa in all its splendor. Because the lighthouse of the Mediterranean will soon have changed colors. What does The Canvas of the Desert bring from now on. Its art of living, its culture are its real wealth. Africa will no longer be this unproductive continent, a desert. The most beautiful canvas in the world, The Canvas of the desert, the hyphen of its most beautiful LANDSCAPE. Let's make The Desert Canvas, this Art meeting where the most important riches are expressed. Without which people will not see the beauty of their lands. Who have always surrounded them with their benevolent warmth. As evidenced by this Art rich in colors. Come all to this great meeting: The Desert Canvas.

This site uses cookies to offer you a better browsing experience.
You can accept them all, or choose the kinds of cookies you are happy to allow.
Privacy settings
Choose which cookies you wish to allow while you browse this website. Please note that some cookies cannot be turned off, because without them the website would not function.
Essential
To prevent spam this site uses Google Recaptcha in its contact forms.

This site may also use cookies for ecommerce and payment systems which are essential for the website to function properly.
Google Services
This site uses cookies from Google to access data such as the pages you visit and your IP address. Google services on this website may include: